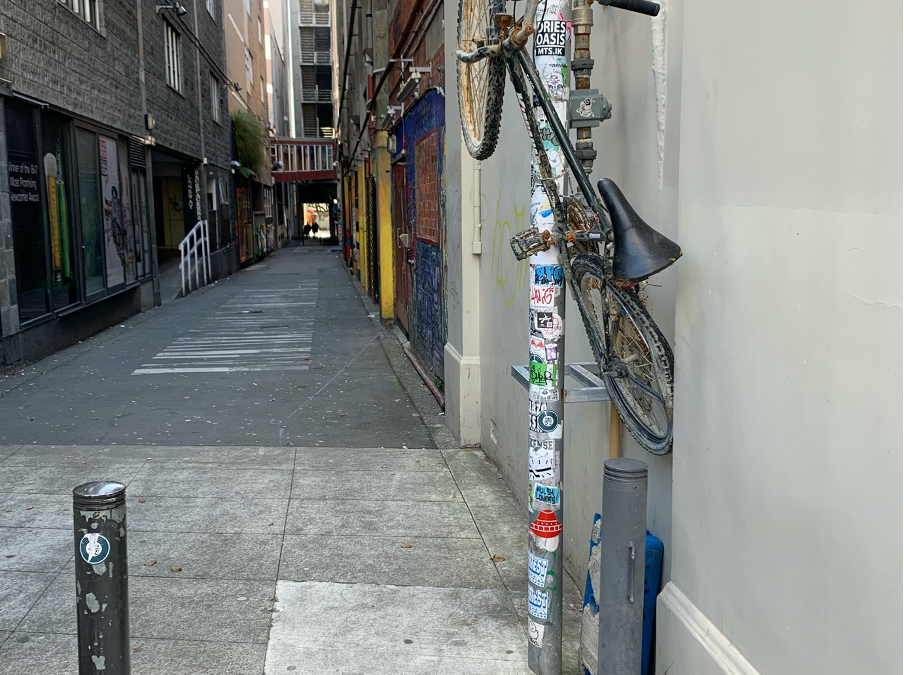 Facebook page Wellington Stolen Bicycles receives more reports of bike theft in the capital than the police. Its administrators promote the value of communication about theft and suspicious activity but police warn against the page’s potential for profiling and misuse as a criminal tool.

Malcolm Jeffery was an enthusiastic user of ‘Wellington Stolen Bicycles’. Always on the lookout for stolen bikes in the community he used the page to return an expensive mountain bike to its owner after it caught his eye in a second-hand store.

“There was this really fancy Trek mountain bike sitting there and it was priced up ridiculously cheap. I reached out through Wellington Stolen Bikes and a nation-wide group and [the owner] got her bike back,” he said.

Jeffery had to move fast though. Returning to the store the day after posting about the bike, he was told by the owner that five other people had already been to the shop to claim it as theirs.

“Unfortunately, as I discovered, there are people in those groups who aren’t as honest as the rest of us,” said Jeffery.

Inspector Wade Jennings estimated that Wellington police were receiving reports of about 10 stolen bikes per week prior to lockdown. The recent arrest of two individuals had seen a significant reduction of bike thefts.

“Two and a half weeks since those arrests were made, we’ve only had about six bikes reported stolen,” he said.

During July Wellington Stolen Bikes displayed 20 posts about recent thefts. A larger amount of posts pointed out bikes or people that looked suspicious. That has created a dilemma for the page’s administrator Davide Conti.

“Trolling and profiling are potential negative factors. Unfortunately, that is the downside of social media. People do get upset, rightly, and it creates bad vibes in the group. We’re meant to be constructive,” he said.

A recent post of a man and woman on suspicious bikes attracted criticism and accusations of profiling. Soon after a local bike store forwarded Conti a police flyer to retailers showing that the couple did indeed have a history of theft and convictions.

“It was sketchy, but it turned out to be useful. [The post] spotted bikes that were confirmed to be stolen, but it’s a gamble, you might be creating issues for someone who doesn’t deserve that,” said Conti.

Sergeant Hamish Knight rides his bike into Wellington every day. His team was working with the Wellington Stolen Bicycle’s administrators to help prevent bike thefts in the Wellington area. He feels that the potential for vigilante style action is one of the drawbacks of the page.

“Bikes are sold en masse. They will often have the same colouring and there’s [a risk of] people overstepping their mark and becoming the sheriffs thinking that they’ve seen it on a page. Someone’s honestly got a bike that’s theirs and you’re potentially profiling them,” he said.

Knight was dubious of a recent post on the page stating that over 90 E-bikes had been reported stolen in the last six weeks in the capital. What was clear was that the boom in E-bike sales meant that users were commuting on bikes of a much higher value making them prime targets.

“Going from a typical hardtail mountain bike which might be worth a maximum of about $2000 to a hardtail E-bike where you’re looking at $5000. It’s a lot more attractive to take the E-bike,” said Knight.

It was important to choose a bike lock that matched the value of the bike with strength and deterrence.

“There’s been a row of bikes and half of them have got a really good lock and one of them has got just a little cable lock, that’s the one that gets cut,” said Knight.

Davide Conti of Wellington Stolen Bikes was quick to back him up.

“The bikes that get stolen on the street, most of them are the bikes that are locked with a sub quality lock, like a cable lock. A proper D-lock is what we recommend,” he said.

An E-bike rider might also remove battery and detachable computer to further reduce the chance of the bike being easily sold on.
Wellington Stolen Bikes 17,000 members made the page a powerful tool for the community, but Inspector Wade Jennings said that it was not a substitute for reporting incidents to the police.

“The more we know, the more we can do about it. While we appreciate the power of social media, to give us the best chance of holding people to account and safely returning [property] to the owner, do report it to the police,” said Jennings.

Calling 111 was still the best way to notify police of incidents in progress. The 105 line is to be employed to report thefts or let police know about suspicious activity. The 105.police.govt.nz address was available for images of activity or links to suspicious sales and snap.org website was a free online asset list that could be used to securely log property serial numbers to help police trace property and prevent sale of stolen goods.