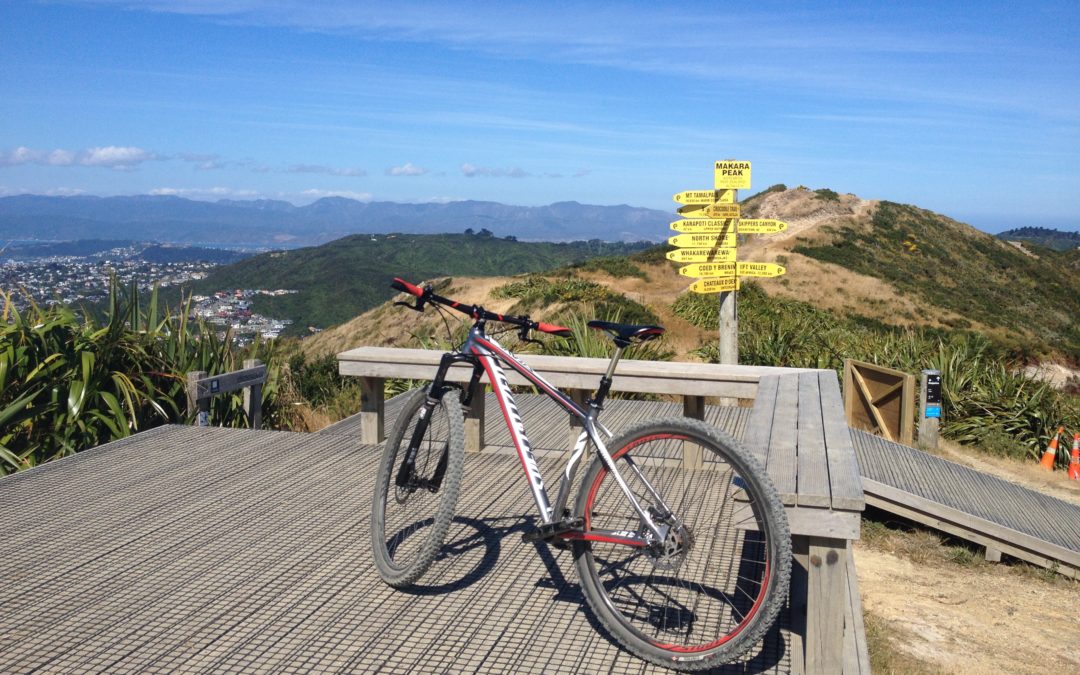 Workers have the help of a helicopter to distribute gravel over trails in the Makara Mountain Bike Park as work resumes after the shift down in Covid-19 alert levels.

Favourable weather conditions had allowed good progress to be made on Wednesday 13 as up to 19 tonnes of gravel were flown from Makara peak into the trail network. After watching good weather go by during lockdown, Wellington City Council’s Trails and Reserves specialist, Tim Harkness said that he felt lucky to get underway.

The work is the first stage in a series of improvements to trails in the northern end of the park scheduled over the next 2-3 years.

The original T3 trail, described as “technical torture” on the Makara Peak Mountain Bike Park website, is being converted from a grade four two-way track to a grade three climbing track. The nearby Zac’s track will be rebuilt for downhill and the two tracks, once linked, will add short and long grade three loops to the park. Riders seeking something more challenging should also find the changes make for easier access to the higher grade Trickle Falls and Vertigo trails.

“T3 was an odd one,” said local rider Leif Roy. Despite his appreciation of the trail for its tight, low speed quirks he admitted “I don’t think I’ll end up missing it too much.”

On completion the new T3 climbing track will cover almost 1.2kms and it was this length and the elevation of the trail that made the helicopter a more cost-effective tool than the usual barrows and man hours said Tim Harkness.

A raking crew would work the trail for the following two days and Harkness estimated it should be rideable, once the gravel has settled, two weeks after the work.

The top half of the park had been closed on the Wednesday with rangers and volunteers stationed at the peak and entrance points to intercept any users who missed the park’s social media announcements.

“Most people in the area have been well aware the park was closed”, said Harkness with only a small number needing redirecting to the lower trails that remained rideable.

An easier climb from the park’s Makara Rd entrance should also provide a useful alternative for riders after a slip blocked the Sally Alley trail during lockdown. That trail had been a heavily used section for those ascending from the main car park since it’s construction in 1999.

Assessments over the next weeks will determine whether there could be a viable route above the damage which remains unstable. Harkness said that a potential six figure cost made bridging the area unlikely and any solution to the slip would potentially take a year to be completed.